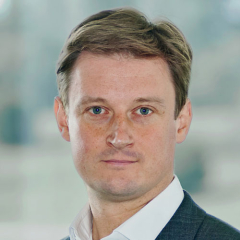 Bernhard Bartsch is Senior Expert in the Bertelsmann Stiftung’s program “Germany and Asia”. Bernhard studied Chinese, Economics, Politics and Journalism in Hamburg, Beijing and London. Between 2000 and 2013, he lived in Beijing, working as East Asia correspondent for major German-language media, including newspapers Neue Zuercher Zeitung and Frankfurter Rundschau and magazines such as WirtschaftsWoche, Internationale Politik and brand eins. He reported on political, social, economic and cultural issues in China, Japan and South and North Korea. In 2013, he joined the Bertelsmann Stiftung, where he addresses political and economic developments in Asia and their impact on Germany and Europe.